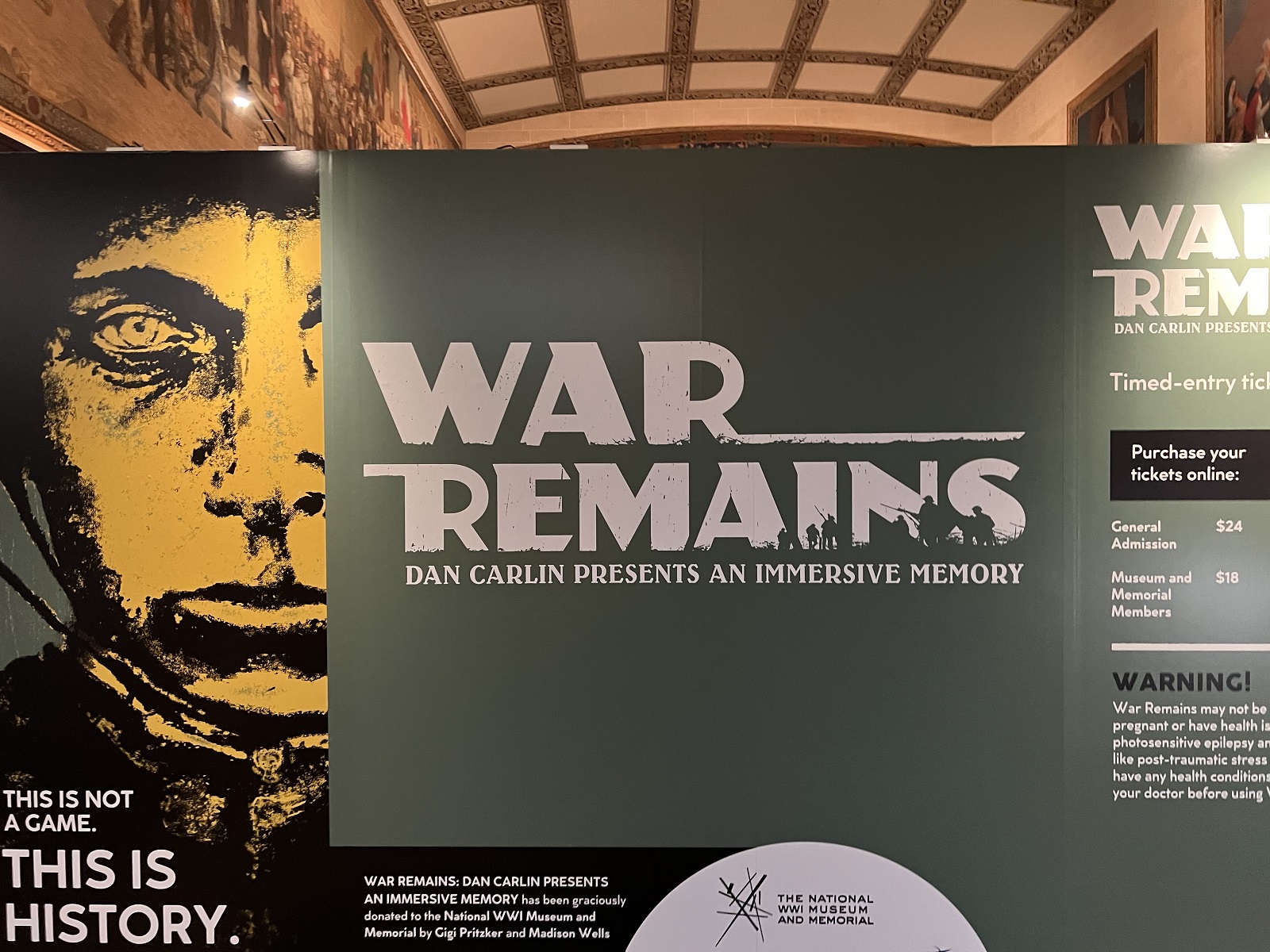 Last month, in April, I had the great fortune to visit the WW1 Museum and Memorial in Kansas. It has one of the largest collections of items from the First World War in the world, and 300,000 people a year visit to experience its fascinating displays and collections. 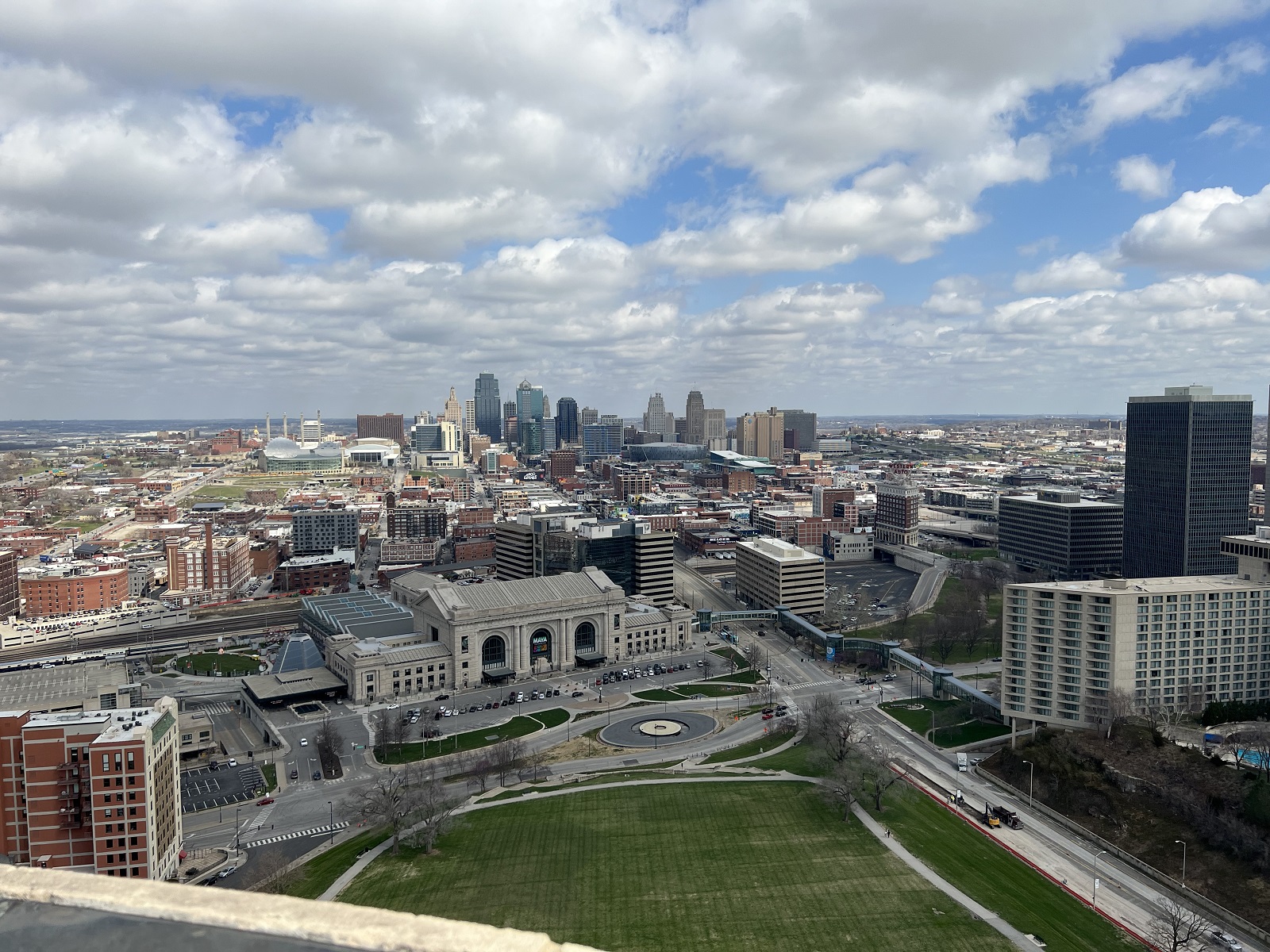 For an extra fee visitors can also take the elevator, hidden in the core of the 217-feet tall Liberty Memorial Tower, to its viewing balcony, and the spectacular ‎360º view of the city skyline. 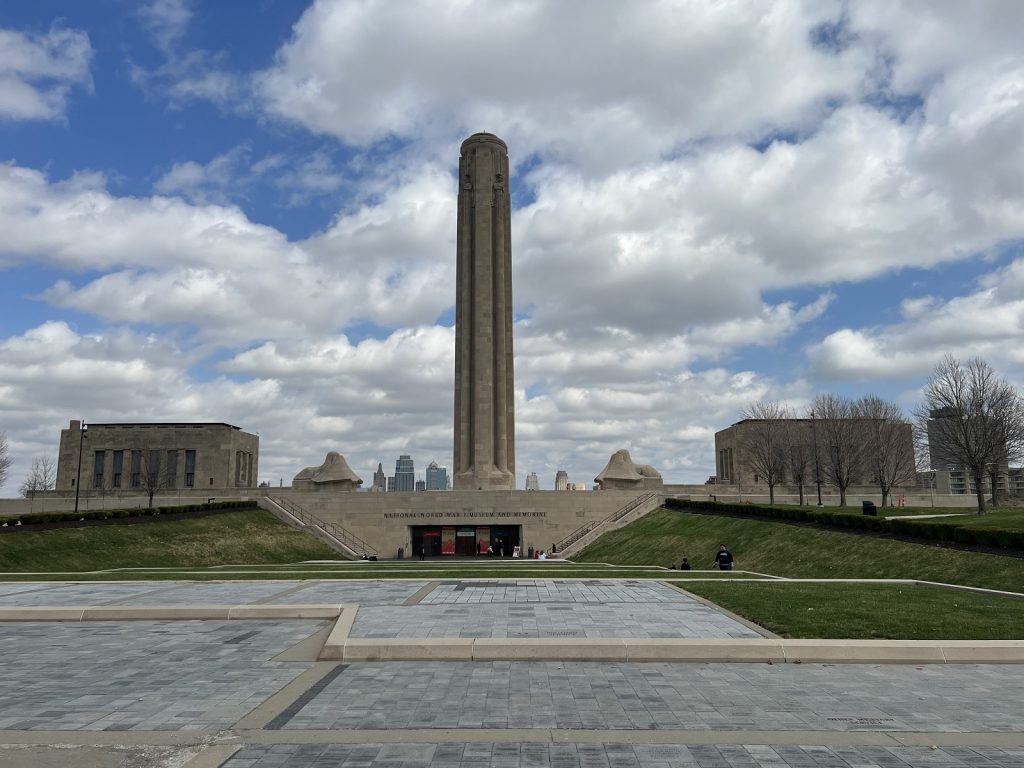 Inaugurated on November 11, 1926, the Museum is dedicated to remembering, interpreting, and understanding the Great War and its enduring impact on the global community. To enter the exhibition halls, people first must walk over a glass-floored bridge, suspended above 9,000 red poppies (each representing 1,000 combatant deaths). 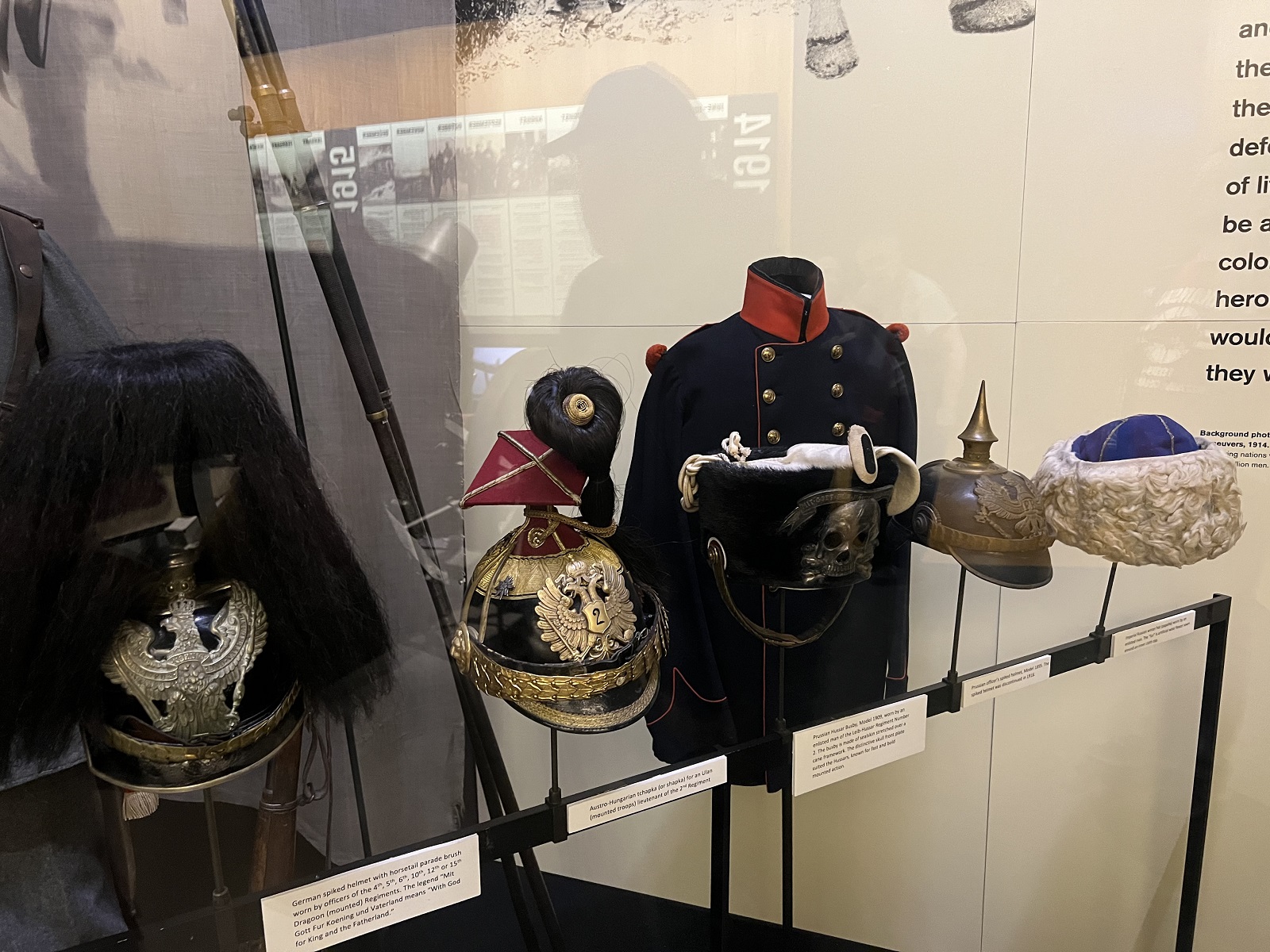 Once inside the main part of the museum visitors can enjoy a 20-feet walk-in crater, a recreation of No Man’s Land, a 90 foot-long replica trench and see the remnants of the Pantheon de la Guerre (formerly the world’s largest painting). 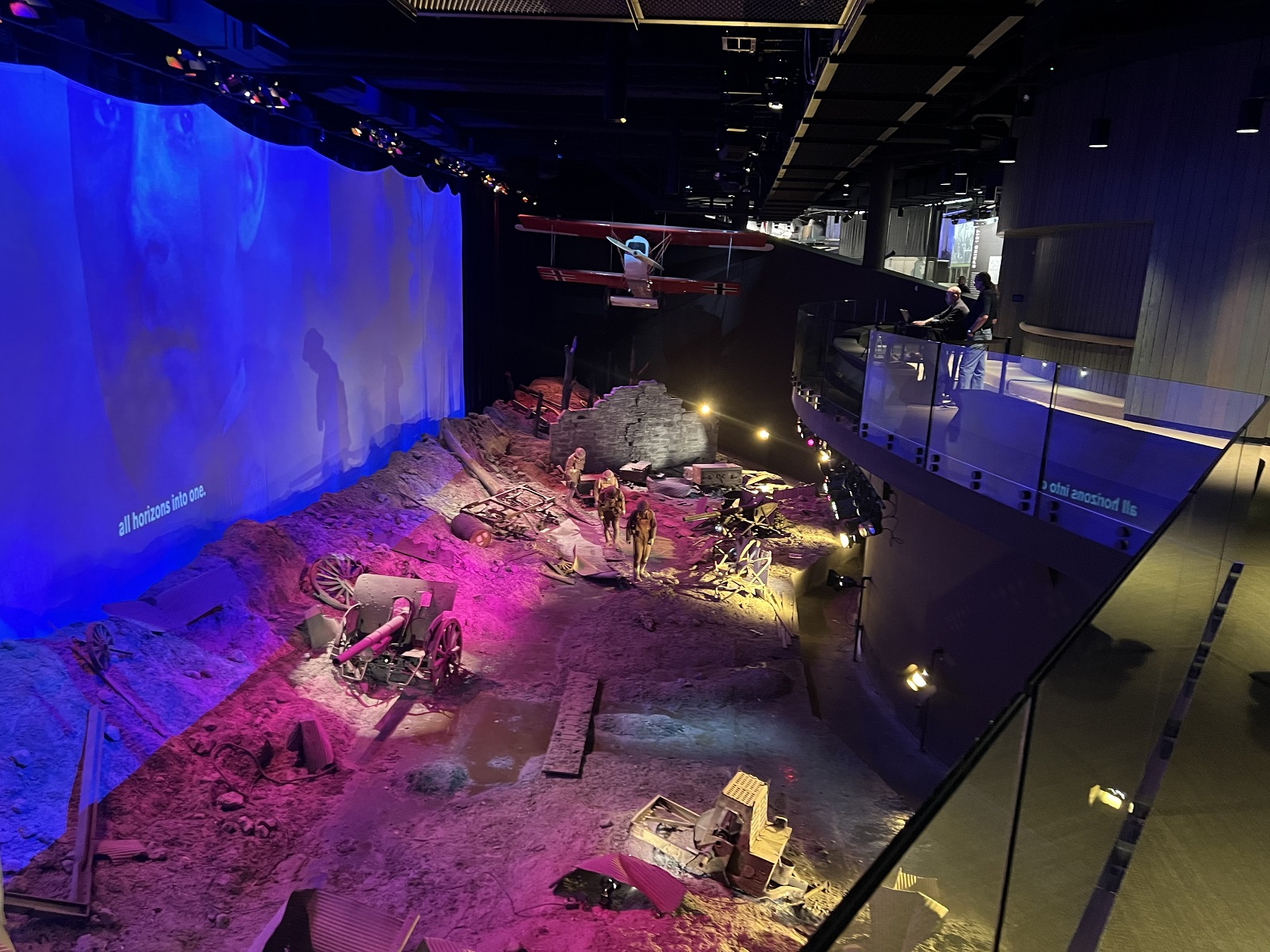 The Virtual Reality experience of the War Remains exhibit is in another section of the building and is the most famous new addition to the museum. Produced by MWM Interactive, directed by Brandon Oldenburg and developed by Flight School Studio, the audio was designed by Skywalker Sound which is the sound and music division of Lucasfilm (with the company’s main facilities being located at George Lucas’s Skywalker Ranch in Lucas Valley, near Nicasio, California.) The video below is shot without VR to show a part of “the stage”, which is the trench one walks through with the headset on.

War Remains exhibit – a part of the trench 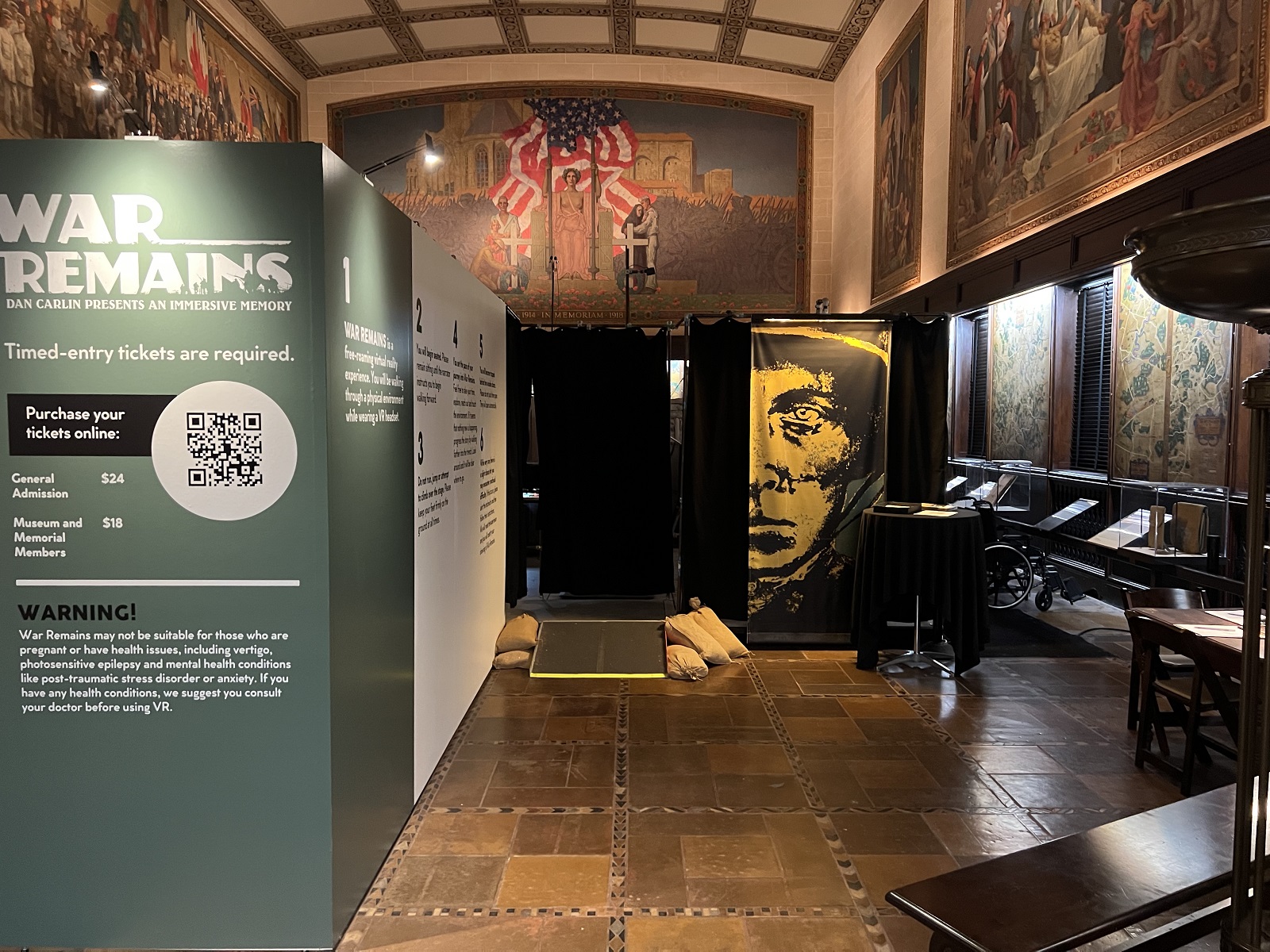 The live experience with the headset is completely immersive and realistic. Presented by the legendary “Hardcore History” podcaster Dan Carlin, War Remains transports viewers to the Western Front of the First World War where they can witness history unfold from a soldier’s point of view.

Watch a video with the director of the museum Dr.Naylor and Dan Carlin.